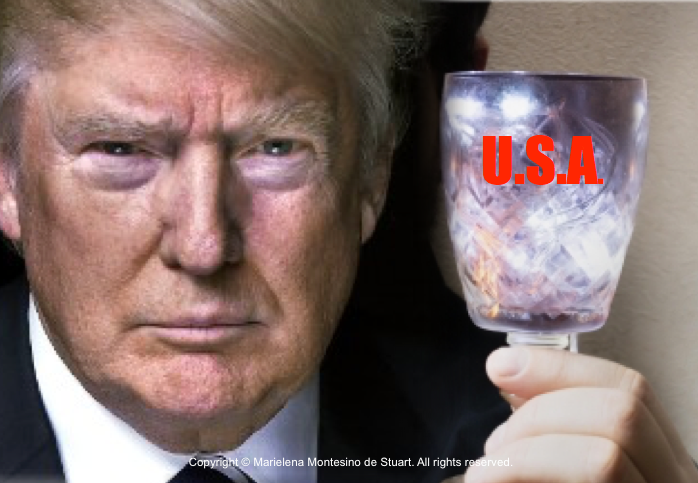 As a survivor of Communism, I see Donald J. Trump as the only presidential candidate in decades who has laid out a pragmatic path that may actually stop the United States from sliding irreparably into a  Communist abyss. With his victorious campaign during the Primary, now, more than ever, Trump must surround himself with virtuous people to strengthen and correct, once and for all, his evolving position against abortion and Planned Parenthood, as well as to correct his wrong position on Cuba.

There is no such thing as a perfect political candidate– but from everything I have seen, Trump is the best that this country has had in a very, very long time. And for that, we must be grateful.

With Ted Cruz and Soros-funded John Kasich gone, Trump now has the Republican nomination in his court. His vision of the U.S.A. as a nation that will no longer be surrendered to the “false song of globalism” is a clarion call to the world– that Americans despise Communism.

We’re beginning to see a light at the end of this very dark tunnel of globalism, which is nothing but a trail of human misery and degradation of Western Civilization, through abortion, homosexual “marriage” and a host of despicable materialistic acts imposed through judicial activism and executive actions.

There’s no way to know how this will all work out. No one has a crystal ball. But today, I am joined by many God-fearing moral individuals who are raising their glasses for Donald J. Trump.

“I will work with our allies to reinvigorate Western values and institutions. Instead of trying to spread ‘universal values’ that not everyone shares, we should understand that strengthening and promoting Western civilization and its accomplishments will do more to inspire positive reforms around the world than military interventions.”

“We will no longer surrender this country, or its people, to the false song of globalism.”— Donald J. Trump, April 27, 2016.

Donald Trump has asserted his standing as the presumptive Republican nominee by delivering a foreign policy speech today at the Mayflower Hotel in Washington DC. His denouncement of the abandonment of Christians in the Middle East was very moving– and his desire to strengthen and promote Western Civilization is, in itself, a formidable message to the evil elements that are destroying our society.

The fact that Trump would invoke Western Civilization to “inspire positive reforms around the world,” should also be a message of hope for Europeans, who are suffering the consequences of Islamic extremism under the governance of Euro socialists.

Trump also delivered a kick in the international Communist gut with his statement, “We will no longer surrender this country, or its people, to the false song of globalism.” Wow… this statement alone is worth its weight in gold.

Someone has to say the truth…
Copyright © Marielena Montesino de Stuart. All rights reserved.