This is one of those sad “I told you so” moments

On June 19 I wrote the commentary provided above— urgently asking President Trump to shut down the Cuban Embassy in Washington DC. I did so, because my impression is that President Trump has not received sound advice on the danger that Cuba’s Communist regime presents to the United States.

This week, my warnings to President Trump were confirmed when many members of the U.S. diplomatic staff were ordered to leave the U.S. Embassy in Havana after suffering attacks that have caused serious brain and hearing damage. These nefarious attacks are taking place at various locations in Havana. It is not known where else these attacks are taking place in the communist island prison.

This is reminiscent of the mysterious brain damage suffered earlier this year by Otto Warmbier— the young American man who vacationed in North Korea, and was returned to the U.S. in a vegetative state.

Here’s his message to the communists (and their “globalist” and opportunistic fellow travelers) in the Western Hemisphere:

“`As I announced before a wonderful crowd in Little Havana earlier this year, we will not lift sanctions on the Cuban regime until it delivers full political freedom for the Cuban people,” Trump said. “The same failed communist ideology that has brought oppression to Cuba has brought nothing but suffering and misery everywhere and everyplace it has been anywhere in the world.”

“Communism is the past; freedom is the future,” Trump said to applause from the audience.’”

President Trump, please put an end to the farcical “diplomacy” between the U.S. and Cuba— before more Americans are hurt by these brutal Communist thugs, who have been murdering and oppressing the Cuban people for almost 60 years.

For more than 50 years Cuba has been visited by tourists from just about every corner of this planet– without regard for the oppression and suffering of the Cuban people under Castro’s Communist military regime.

Now that Obama has established “diplomatic” relations with Cuba, American tourists are visiting the island prison in increasing numbers. These tourists shamelessly boast that it is “their right” and that they are no longer violating any laws (as when they would travel illegally to Cuba through Mexico or Canada)– some of them even participating in Cuba’s notorious sexual-tourism. This represents a monumental lack of basic human concern for those who suffer hunger, torture, imprisonment and relentless persecution in Cuba, simply for wanting to express their views about the atrocities being committed by the communists.

Interestingly, about the only complaint that I hear from some of these American tourists is that their trip to Cuba was extraordinarily expensive– and that once they stepped out of the theatrics of their hotel area, all they saw was misery and poverty. No kidding? Have these tourists ever considered the executions of peaceful dissidents carried out by the Cuban government under Castro– and the thousands who have drowned in the Strait of Florida trying to escape Cuba’s murderous regime?

These tourists who are relaxing and sipping their drinks in the apartheid-style beaches of Cuba, while terror is inflicted on the Cuban people by the Castro government, return to American soil arrogantly expecting to be kept fully free from oppression and restrictions. There is something dark, gruesome and revolting about this contrasting scenario.

Tourists with morbid curiosity for Cuba continue to visit the island prison– but Cubans are leaving the island in droves– as they desperately seek any way out. In 2015 the United States has seen a 78% increase in Cuban immigration. Read about it here.

The United States experiences a 78% increase in Cuban immigration during 2015. 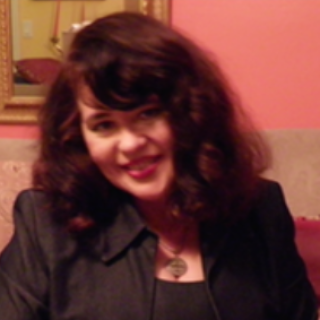 Give them an offer they can’t refuse.

Source: AN IMPORTANT MESSAGE TO ALL U.S. PRESIDENTIAL CANDIDATES: There’s no such thing as a deal with Communist Cuba |

The testimony of a survivor…

As a survivor of Fidel Castro’s murderous Communist dictatorship– and as one who opposes the aggressive and oppressive international agenda of the homosexual collective against those who disagree with homosexual “marriage”–- I am appalled at the level of ignorance from those who are throwing their support behind Putin and his KGB-infested Russian Orthodox Church, as a solution to this catastrophe. These individuals are basing their enthusiasm on Putin’s farcical Christian proclamations of Russia as a moral world leader.

And for those out there who are running out of excuses– NO, MY CRITICISM OF PUTIN DOES NOT MEAN that Washington and the European Union hold the MORAL high ground. Not at all.

Let’s see what alibi the fans of Vladimir Putin come up with this time. These impressionable and terribly uninformed individuals are falling on their knees, kissing Vladimir Putin’s feet and declaring him their new Christian hero– while Putin kisses communist murderers.

You see, it’s summer time– and the Russians are getting restless for tropical weather, as well as for new financial and military horizons where they can flex their muscles. That is exactly what Vladimir Putin is doing. So he headed straight to Havana– as the first stop in his tour of Latin America.

In Cuba, Putin enjoyed the island breezes, as well as the warm friendship and eternal gratitude of Fidel and Raúl Castro– who are just tickled pink to see their old friend Putin arrive bearing gifts like Santa Claus in the middle of the summer– that is, gifts of pecuniary forgiveness and promises to help finance an adventure down an oil rabbit hole, in Cuba’s coastal waters.

The Telegraph reports [information in brackets added for clarification]:

Mr. Putin laid a wreath at Revolution Square in Havana [Havana’s Memorial to the Soviet Internationalist Soldier] with Raúl Castro, the communist island’s president, and later met for an hour behind closed doors with his older brother Fidel, the long-time former dictator.

The visit was far from ceremonial as Russia agreed to write off 90 per cent of the impoverished island’s $35 billion (£20 billion) debts to Moscow and announced a series of oil and trade initiatives with its ally, a staunch supporter of Mr. Putin during the Ukraine crisis.

Vladimir Putin is playing his devout Christian followers like a drum.

On one hand, Putin claims to oppose homosexuality in Russia and issues proclamations about “Christianity.”  On the other hand, he praises murderous, corrupt communist despots like Fidel and Raúl Castro– whose government pays for homosexual men to have sex-change operations– then incarcerates and tortures them when they dare to complain about government oppression. Is this the fulfillment of Castro’s dream for the creation of a “new man” in his Marxist utopia?

But we, too, have a “new man” in our midst.  The one who has emerged from the pews to support a former KGB thug like Vladimir Putin– who loves and supports Fidel Castro.

Ukraine in the Key of G

ANOTHER REALITY CHECK: Metropolitan Hilarion of Volokolamsk meets with Communist representatives of Cuba’s government and CONGRATULATES  Martin Schulz (President of the European Parliament) WHO HAS REQUESTED THAT AID BE CUT TO AFRICAN NATIONS WHO BAN HOMOSEXUAL ACTIVISM.