REALITY CHECK: You will not have a future, unless you elect a president with *COJONES who can keep us ALL safe.

*Cojones has become a new Category and Tag term on my blog, due to the thousands of search hits that come in with this term– in relation to the 2016 presidential election. This is representative of a wide audience, which is desperately seeking a leader who can protect them during this time of war and civil unrest. Now… that’s what I call a REAL poll!

RELATED READING: “We need a President with Cojones: A Message from Marielena Montesino de Stuart.”

News reports out of Turkey and Europe indicate that Turkey’s Constitutional Court has annulled the child sex abuse clause.

There’s a difference between legalization and decriminalization. However, when it comes to the sexual abuse of a child it is immoral to argue that there is a difference, when such a heinous crime goes unpunished.

Such news out of Turkey does not come as a surprise, since paedophilia and pederasty is rampant in many Muslim countries, such as in the case of Afghanistan, where pederasty is institutionalized. Please read my commentary on pederasty in Afghanistan HERE.

Excerpt from Hurriyet Daily News (a leading news source for Turkey and the region):

“The Constitutional Court has ruled to annul a provision that punishes all sexual acts against children under the age of 15 as “sexual abuse,” stirring outrage from academics and women’s rights activists who warn that the decision will lead to cases of child abuse going unpunished.”

The Turkey Federation of Women’s Association (TKDF) may appeal to the European Court of Human Rights. (*)- See footnotes.

This is the same court that considers homosexuality a “human right.” I have news for the TKDF: pederasty is the homosexual practice of engaging in sex with prepubescent boys.

There’s an evil war against children all over the world. Those who are not aborted are relentlessly subjected, across the globe, to the sexualization of their innocent minds at an early age– through the internet, social media, television, billboards, magazines, as well as through public and even private education. Others are preyed upon by monster predators who engage in paedophilia and pederasty.

We’re living in a very dark and evil world. It is the duty of every parent to be aware and to denounce the aforementioned evil environment– anywhere it rears its evil head. Please read important reference articles below.

(*) Basic information about the European Court of Human Rights:

The European Court of Human Rights (ECtHR) is based in Strasbourg, France and and acts as an international court which rules independently of any sovereign entity. It has jurisdiction over its member states and over 800 million people. It accepts cases only after all legal avenues have been exhausted in courts having national jurisdiction in each member state. Its rulings are binding on the country against which the case was filed.
The ECtHR was established in 1959 with the objective of enforcing compliance with the European Convention on Human Rights. The ECtHR has a Committee of Ministers representing the member states, who act as enforcement officers. Russia is known to ignore them. 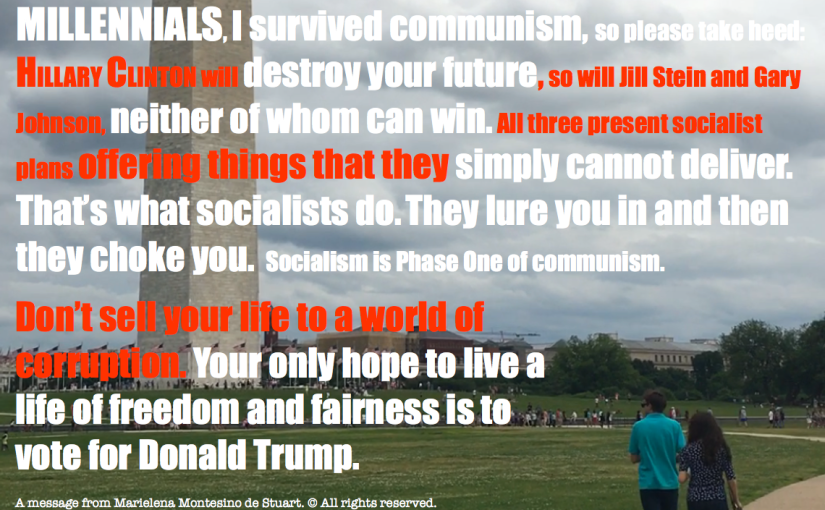 Hillary Clinton will destroy your future, so will Jill Stein and Gary Johnson, neither of whom can win. All three present socialist plans offering things that they simply cannot deliver. That’s what socialists do. They lure you in and then they choke you. Socialism is Phase One of communism.

Don’t sell your life to a world of corruption.  Your only hope to live a life of freedom and fairness is to vote for Donald Trump.