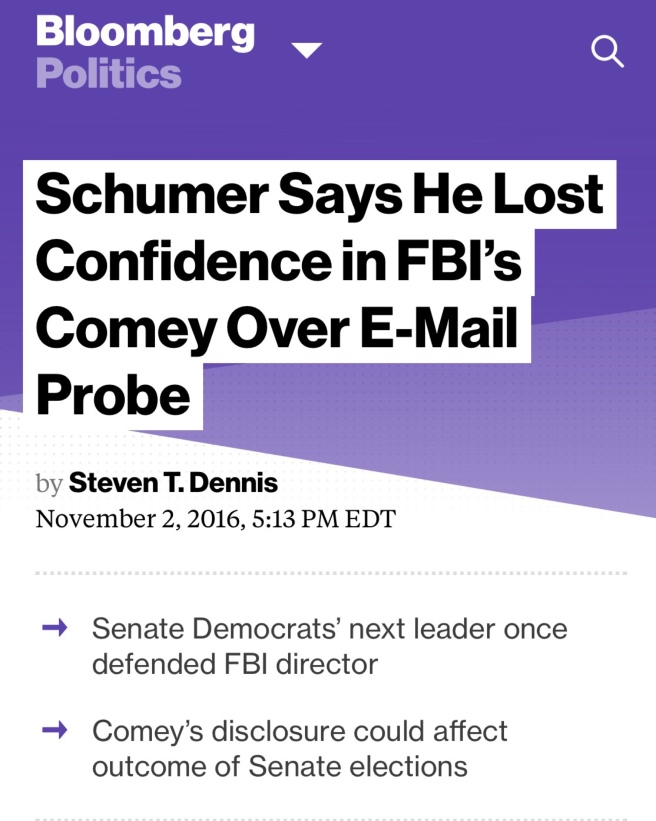 “I do not have confidence in him any longer,” said the New York Democrat, who has criticized as “appalling” Comey’s decision to send a letter to lawmakers 11 days before the election disclosing the bureau’s new review of e-mails potentially pertinent to the investigation of Clinton’s private server.”

NOW, Schumer is lecturing and admonishing President Trump over the firing of James Comey.

This farcical firestorm of indignation shall pass, then they’ll look for another farcical “cause”– because the Democrats simply do not stand for anything other than communist chaos. That’s correct. Communist chaos. Look around you:

-Anarchy (through judicial activism and through street riots).

-Disregard for the traditional family.

-Murder of innocent and helpless human beings through abortion– and selling their body parts.

-Calling biological gender “right-wing pseudoscience.” This is part of their aggressive indoctrination curriculum, which they are consistently pushing through the media, through public schools and online. Young people need engaged, responsible adults to rescue them from this amoral abyss.

Should I go on?

Americans need to get a backbone– which means that assertiveness and tenacity is critical, in order to stand up to these communist operatives.  Americans must denounce this Communist Chaos vigorously, by exercising their 1st Amendment rights and by letting the world know that Americans will not be intimidated NOR indoctrinated by these communists!