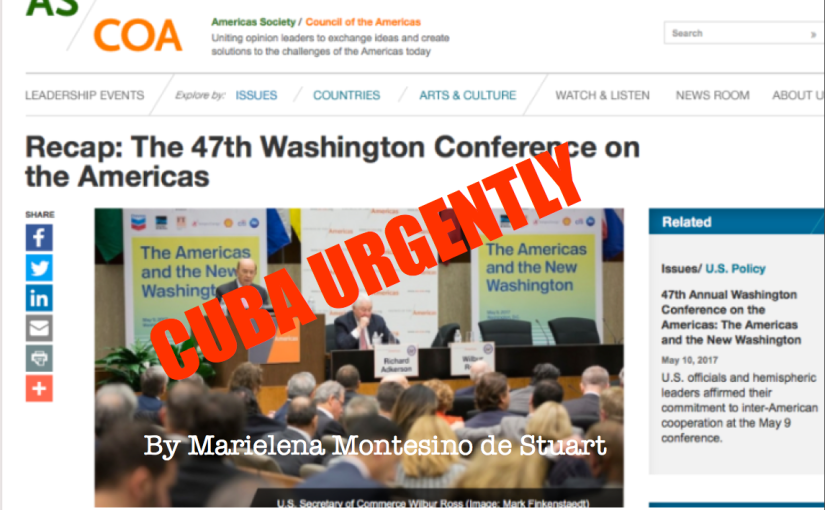 Cuba’s Communist thugs do not need accommodation. They need demands– and that’s exactly what President Trump told the Cuban exiled community he would do.

“All the concessions that Barack Obama has granted the Castro regime were done through executive order, which means the next president can reverse them — and that I will do unless the Castro regime meets our demands. Not my demands. Our demands…” – Donald J. Trump in Miami – September 16, 2016.

The Acting Assistant Secretary of State for the Bureau of Western Hemisphere Affairs, Francisco Palmieri (who served under the Obama Administration), spoke on May 9 at the 47th Annual Conference on the Americas, at the U.S. Department of State.

The event was hosted by the Council of the Americas, which was founded by none other than David Rockefeller, who died on March 20 at the age of 101. David Rockefeller was one of the biggest supporters of communism and globalization of the 20th and 21st centuries. Here is David Rockefeller smiling during a meeting with Fidel Castro: 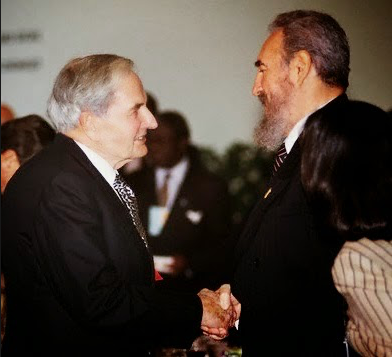 Please also read the following archived screen caption of David Rockefeller’s opinion piece in the New York Times (Aug. 10, 1973) where he stated that, “The social experiment in China under Chairman Mao’s leadership is one of the most important and successful in human history.” Click on the image to expand and read this nauseating and heartless commentary: 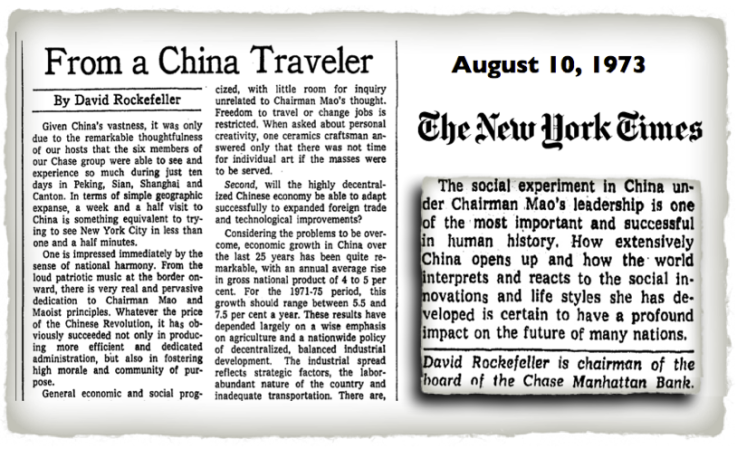 But let’s get back to the conference…

Susan Segal, the AS/COA President and CEO, said during her opening remarks that this 2017 event “carries a particular importance given the historic changes that are occurring in Washington.”  I’m assuming that Segal is referring to the draining-of-the-swamp process that Trump has set in motion.

But most important to me, as a survivor of Communism in Cuba, is the following statement made by Francisco Palmieri during the conference– which was quoted on the COA website:

“Palmieri also said that one can expect the U.S.’s landmark policy on Cuba to, at the very least, change, as the U.S. State Department is in the middle of a comprehensive review of the current approach of rapprochement. One area of focus, he said, was ensuring that Cuba makes “more substantive progress” toward greater respect for human rights inside country.” [sic].

Now, in support of President Trump’s hardline against the Communist military thugs in Havana, and to make sure that they meet “our demands” as part of the “more substantive progress,” the United States must dictate the following conditions:

The above points present the only acceptable “substantive progress.”

Anything else is a farce.

Reference: Video of U.S. Department of State’s Francisco Palmieri’s presentation on Economic and Security Policy across the Americas:

⚠️ PLEASE NOTE: Ads that may appear below are automatically generated by WordPress and ARE NOT ENDORSED by this site!