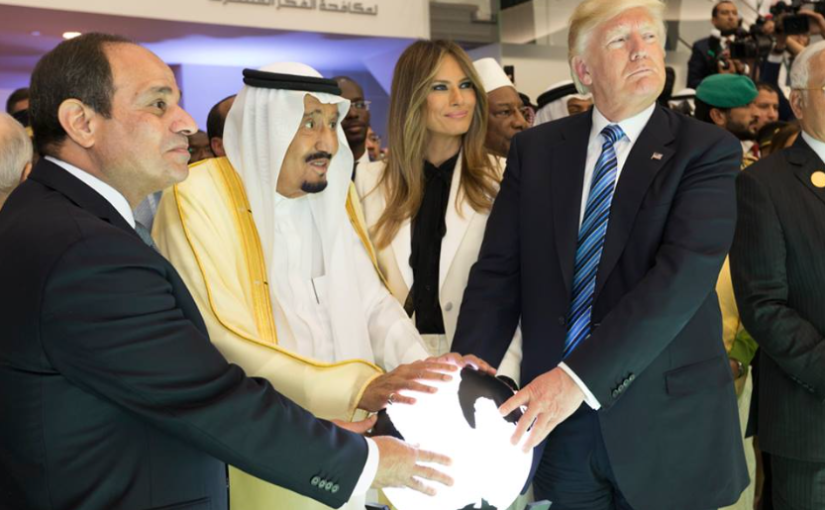 These images only show the surface of an extremely rigorous trip by President Trump, the First Lady, members of the First Family, as well as U.S. cabinet officials– trying to broker a peace deal for the Middle East, while protecting America’s future and prosperity.

I will add images of the President’s journey through Europe, including his visit with Francis in the Vatican. Thank you President Trump for your courage and your effort. 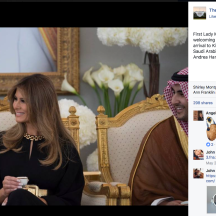 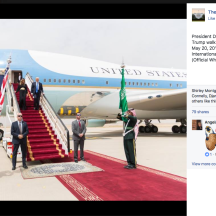 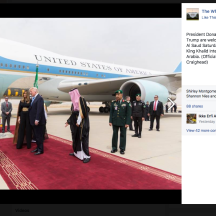 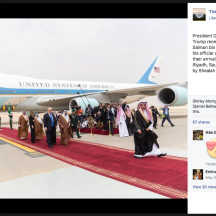 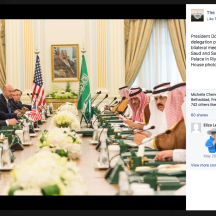 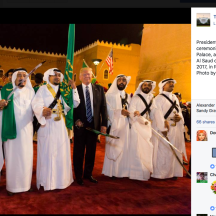 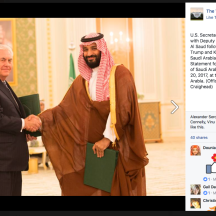 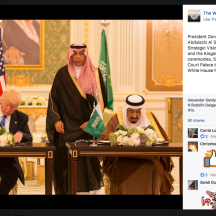 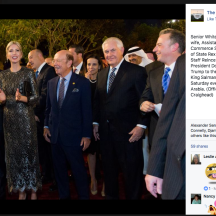 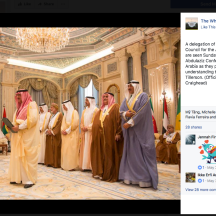 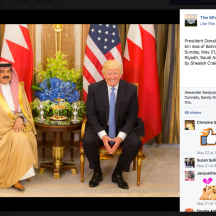 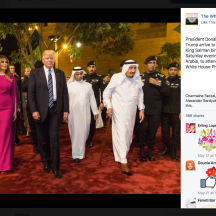 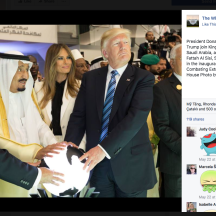 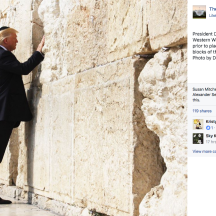 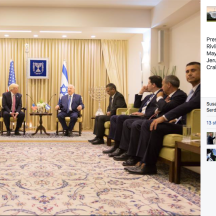 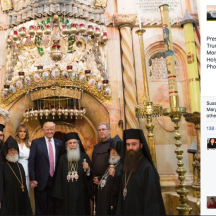 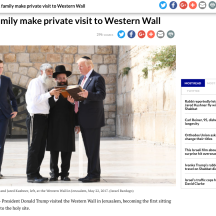 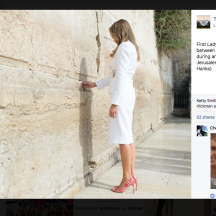 … bigger and stronger than ever before.

A special report by Marielena Montesino de Stuart for
TheRomanCatholicWorld.com— in light of Francis’s comment that Donald J. Trump is “not Christian”– because he wants to build a “great, big, beautiful wall” on our southern border. Trump finds this hypocritical since the Vatican has a wall. 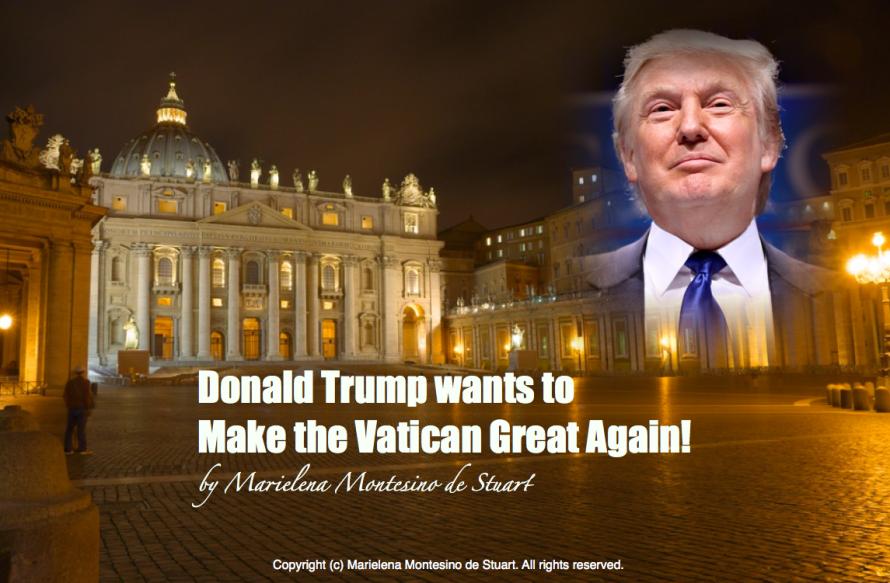 The man, the myth, the legend who will be “the greatest jobs president that God ever created” now has his eyes set on fixing the Vatican, once and for all– before Francis totally runs it to the ground.

In keeping with his pledge to make Mexico pay for building a wall on our southern border, Trump will make the Muslim countries pay for all the necessary expenses that result from his efforts to make the Vatican great again, whether it is fixing the ancient wall, or cleaning out the modernist Vatican  corrupt banking system or its myriad dicasteries. As with ISIS, Trump is “the worst thing that’s ever happened” to the modernists in the Vatican.

But the repair of the wall is the simplest thing that Trump will tackle in the Vatican. The most important aspect of this overhaul is the fact that Donald J. Trump will call for a “total and complete shutdown” of Marxists entering the Vatican, until we can figure out “what the HELL is going on!”

Trump knows full well that something has been rotting in the Vatican for more than 50 years, under the socialist agenda of Vatican II (the Second Vatican Council)– which was a “terrible deal– and a disgrace,” as far as Trump is concerned. Most irritating to Trump is the fact that just like in the Iran deal, where the Iranians self-inspect their nuclear weapons program, the Vatican is doing the same with their internal commissions regarding pederast priests and prelates, as well as financial scandals.

As a result of the Vatican II deal, Trump is convinced that when the Vatican sends its people, “they’re not sending their best.”

“They’re sending people that have lots of problems.”

They’re bringing “their rapists” (as in the infestation of pederast priests and prelates).

And some, he assumes, “are good people“– but they’re mostly dead.

Trump expects to go beyond the excommunication and defrocking of pederast priests, bringing “back a hell of a lot worse” punishments for these criminals who have infiltrated the Church.

In the meantime, Trump is sticking to his plans to fix the Vatican, in spite of Francis’s comment that he’s “not Christian.” Trump feels no remorse over his pledge to cleanup Washington DC and the Vatican. As a matter of fact, Trump refused to back down by adding: “I think apologizing’s a great thing, but you have to be wrong. I will absolutely apologize, sometime in the hopefully distant future, if I’m ever wrong.”  With this in mind, we can safely assume that Trump is waiting for Francis to apologize to HIM.

Finally, Trump had these words to say about Francis:

… “he talks like a truck driver” (even his sister says so).

… “he doesn’t have his facts, he’ll say anything that comes to his mind.”

…  his Vatican circus “has failed“… his “ratings went very, very, very low and very bad,” since he got elected… “I mean he’s basically a disaster.”

*-Note: This commentary is a parody of Mr. Trump’s many unforgettable zingers.

Use and/or duplication of this material in whole or in part is strictly prohibited, with the exception of one excerpt per article, which must be limited to 25 (twenty five) words, provided that full and clear credit is given to Marielena Montesino de Stuart.

The excerpt must include the link to the original content. Please follow additional detailed instructions under tab titled PLEASE NOTE.

AUDIO (in Italian) of Francis suggesting that Donald J. Trump is “not Christian”– February 18, 2016 on board flight from Mexico to Rome.

Pope “suggests” that Donald J. Trump is ‘Not Christian’ (New York Times video of Francis on board flight from Mexico to the Vatican). 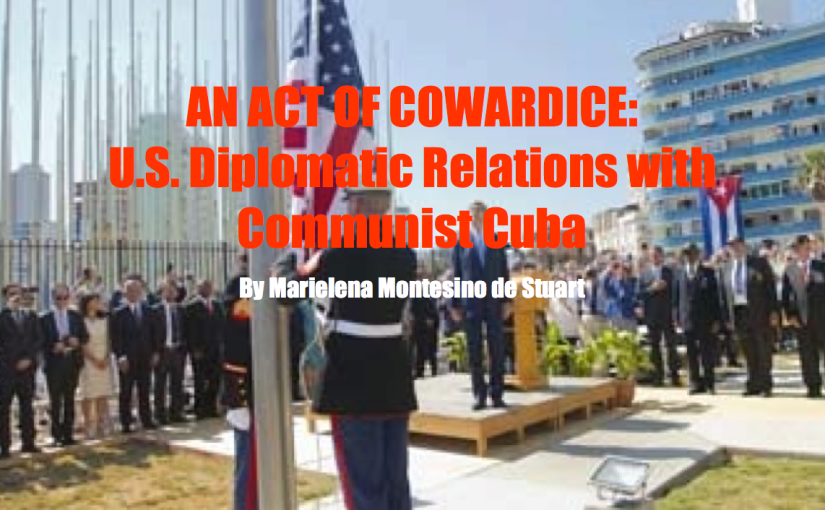 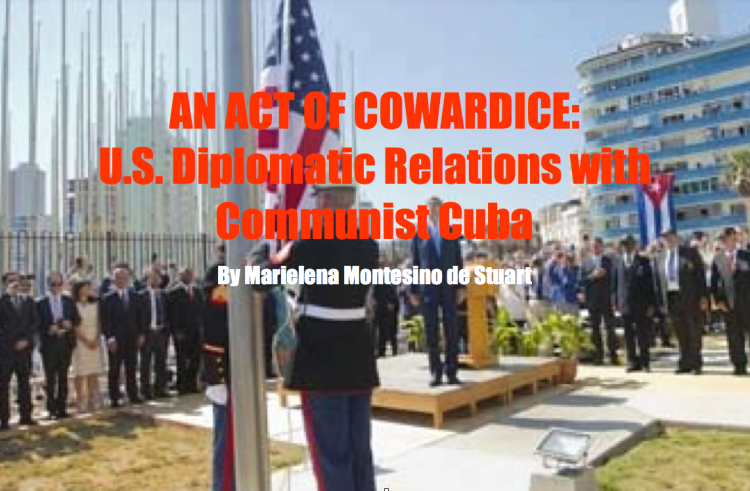 I am listening to Secretary of State John Kerry’s poor pronunciation in Spanish as he addresses the Cuban people in Havana during the opening of the American Embassy in the communist island prison. A Cuban woman stands in the crowd wearing a red Che Guevara tee shirt and waves a Cuban flag.

In case you don’t know, Che Guevara was a blood-thirsty communist responsible for ordering the execution of thousands of innocent Cubans during the beginning of Castro’s takeover of the island. The dissemination and glamorizing of his image on everything from coffee mugs to tee shirts is one of the most evil and deceitful communist marketing ploys of modern times.

Barack Obama and his troupe of socialist operatives have managed to not only humiliate the United States in the eyes of history– but are also attempting to erase Castro’s murderous communist history of more than half a century.

As John Kerry stands with the beautiful azure Caribbean Sea in the background I ask myself how he can ignore the Cuban people who are behind prison bars for peacefully expressing their views about Castro’s tyrannical government. I ask myself, how he can stand there and ignore that a few hours ago the Cuban government did another ruthless roundup of peaceful political dissenters.

Now Kerry is speaking about lifting the embargo, which he explained only the U.S. Congress can lift– a step which the Obama administration strongly favors. Ah yes, the U.S. Embargo against Cuba’s Communist regime– which exists only on paper– because the amount of goods and aid that the U.S. provides Cuba each year is breathtaking.

The entire world does business with Cuba.  The entire world! So the truth is that Cuba has had an incredible flow of commerce which has ended in the hands of the communist military government– and is used to line the pockets of military and government officials– while oppressing and starving the people of Cuba.

Kerry thanked those who brought about this diplomatic abomination– most notably Barack Obama, Raul Castro and “the Holy Father.”

Isn’t it interesting that socialists love Pope Francis? But of course, Francis’s narrative has been rich in laudable statements for Marxists, Sustainable Development (U.N. International socialism), climate change– in other words, Pope Francis is crowning the socialist modernism that Vatican II envisioned.

insightful essays about Pope Francis, Marxism and the Vatican

Meanwhile, Castro’s government remains defiant as a communist nation– going as far as to state that the United States owes Cuba millions of dollars! Imagine that, a communist government which stole and confiscated private property– and destroyed the Cuban economy along with the hard-work and livelihood of thousands of Cubans– is now demanding money from Americans!

Kerry quoted José Martí (Cuba’s most famous national hero and a prominent literary figure in the Spanish language) with the words, “everything that divides men is a sin against humanity.”

Indeed the division between Cuba and the rest of humanity runs deep. The deaths of thousands of Cubans whose bodies lie in the watery graves of the Strait of Florida are silent witnesses of this division– along with those who have been imprisoned, tortured, executed and thrown into unmarked graves, like members of my family.

Yes, the communist sin against humanity continues in Cuba. I was born and raised under Castro’s tyranny– and I will not cease to denounce the diplomatic abomination that has taken place today.

I urge my readers to do the same. 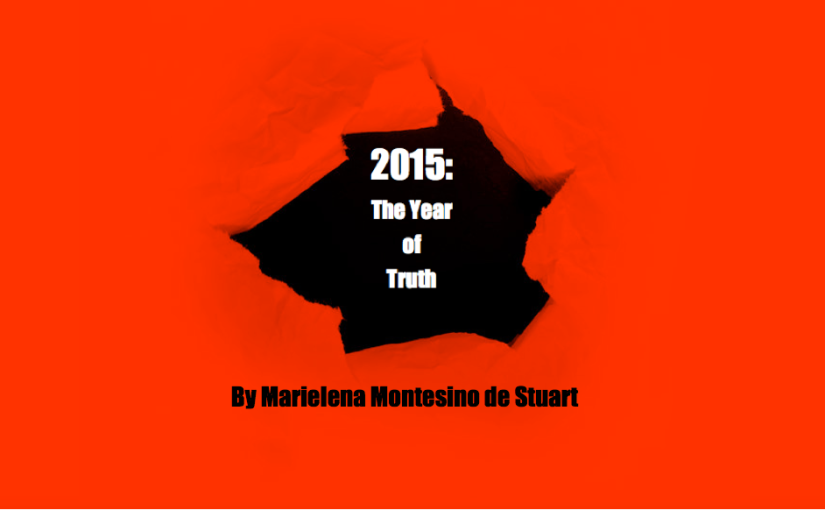 Who will stand on the side of the angels? 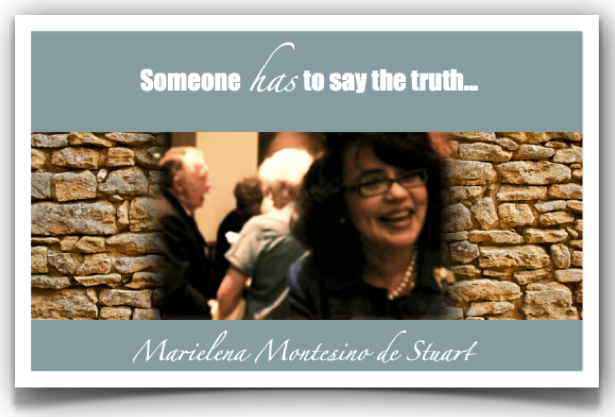 Pentecost Sunday reflection on the Interfaith Prayer Summit today at the Vatican… DON’T MISS IT!

CLICK TO READ: Save yourselves from this perverse generation… from The Acts of the Apostles

Any ads that may appear below are automatically generated by WordPress and are not endorsed by this website; however, please do read my related posts, which also appear below. 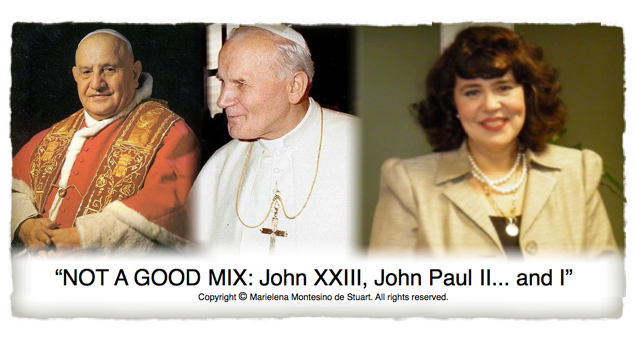 CLICK TO READ: “NOT A GOOD MIX: John XXIII, John Paul II… and I”

Testimony from a survivor of Communism.