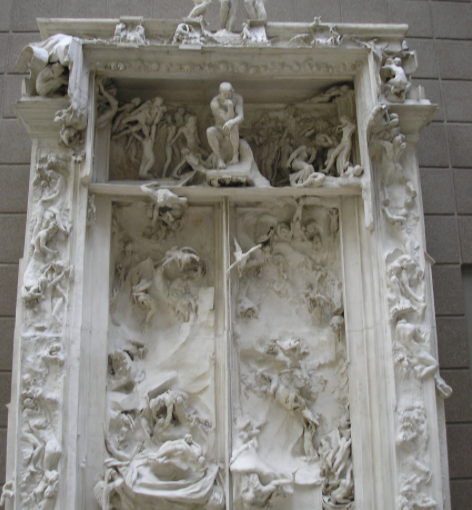 For all of you out there advocating “choice”– listen up! –because your electricity may be powered with the flesh of innocent little human beings whom you consider a disposable product.

It is tormenting for me to write this commentary– but this horrific reality should not come as a surprise to anyone– particularly to those who advocate “the choice” of sentencing babies to death through abortion.

The report of the hellish practice of using the remains of aborted babies to generate electricity in Oregon surfaced when B.C. Catholic exposed its communications with the British Columbia Health Ministry:

The remains of British Columbia’s aborted and miscarried children are ending up in an Oregon waste-to-power plant, likely mixed with everyday trash, incinerated to provide electricity to the people of Marion County.So admits the B.C. Health Ministry. Though no ministry official was willing to put his or her name to the following statement, the communications branch emailed The B.C. Catholic that “biomedical waste,” including “human tissue, such as surgically removed cancerous tissue, amputated limbs, and fetal tissue,” is “disposed of through appropriate contracted providers.”It added, “The ministry understands that some is transferred to Oregon. There it is incinerated in a waste-to-energy plant.”

Newspapers across the world are covering this story, which describes how homes in Oregon have been powered through processed “waste” that may include the incinerated tissues of aborted babies— and that the incineration is taking place at the Marion County Resource Recovery Facility, in order to generate electricity.

Some of the fetal material came from the Canadian province of British Columbia, where regional health authorities have a contract with waste management firm Stericycle and send biomedical waste, such as fetal tissue, cancerous tissue and amputated limbs to the Oregon facility, said Kristy Anderson, a spokeswoman with the British Columbia Health Ministry.

Stericycle, based in Lake Forest, Ill., has been criticized by anti-abortion groups for years because it disposes of aborted fetuses collected from family planning clinics. Company officials did not return phone calls seeking comment.

I am not surprised to hear about Stericycle and the horrific use of aborted babies as disposable waste. So far, news reports indicate that the Marion County Resource Recovery Facility has been suspended by the Marion County commissioners.

So, I decided to visit the Covanta website– but was left with more questions than answers:

Covanta operates and/or has ownership positions in over 40 energy-from-waste facilities in [sic] located North America, Italy and China. We also operate other waste management businesses such as transfer stations and metals recycling facilities complementary to our core EfW business.

China?  Did I read China?

Are aborted Chinese babies being included in the Covanta “energy-from-waste” product at the Covanta facilities in China?

What about the Covanta facilities across the United States?

What about their other international facilities?

Here is the list of the Covanta facilities in North America and overseas.

Meanwhile, the President and CEO of Covanta– Anthony J. Orlando, who received his education at two Catholic universities, Villanova and Seton Hall— does not have a press release or statement on the Covanta website, in order to address this grave issue.

As such, I sent the following press inquiries to Covanta– given the urgency of this matter.  I will publish their response as soon as I receive it.

The services provided by Covanta have come to my attention through recent international press reports centered on the Oregon “waste-to-energy” scandal, that may have involved the remains of aborted babies. I have searched through the Covanta website and I do not see a statement or press release addressing this grave matter.

If your answer is no– what are the specific measures Covanta has taken to prevent hospitals and abortion mills, such as Planned Parenthood, from delivering aborted babies as “waste” to your Covanta facilities at the above U.S. locations?

The same questions presented above apply to your operations in Italy and Canada, as well as to your expansion and development projects in England, Scotland and Ireland– regardless of the numbers of abortions performed in those countries or the entities delivering the “waste” product to your facilities.

Please note that this is a press inquiry and all information will be provided to the public.

Press inquiry sent to the Covanta office in Shanghai, China:

The services provided by Covanta have come to my attention through recent international press reports centered on the Oregon “waste-to-energy” scandal that may have involved the remains of aborted babies.

Given the massive forced abortions that take place daily in China, as a result of the one-child population control policy– are the remains of aborted Chinese babies included in your “waste-to-energy” product at your China facilities?

If your answer is no– what are the specific measures Covanta has taken to prevent the Chinese Communist government, through its agencies and/or representatives, from delivering aborted babies as “waste” to your Covanta facilities in China?

Frankly, I do not see how it could be possible for Covanta to place restrictions on the Chinese government, since Covanta has to abide by Chinese Communist laws in order to conduct business in China.

In addition, China’s energy-needy economy has turned its government into the most aggressive infrastructure investor on the planet. The Chinese will finance anything, in exchange for access to energy resources.

Please note that this is a press inquiry and all information will be provided to the public.

NOTE:  I received the following UNSIGNED, bland and generic reply from the Covanta New Jersey headquarters. Obviously, Covanta is refusing to answer my detailed questions, which I addressed to Covanta’s President and CEO, Anthony J. Orlando:

“Jill Stueck, a Covanta spokeswoman, said the company is cooperating with the suspension, and it does not seek out the waste that mortified commissioners.”

“No one is saying bring us fetal tissue,” Stueck said.

Furthermore, Covanta presents the following description on its corporate website, which clearly identifies its partnership with the Marion County Energy-from-Waste Facility (bold added for emphasis):

“The Marion County Energy-from-Waste facility began commercial operation in March 1987, serving the solid waste management needs of the 300,000 people of Marion County, Oregon. The facility operates as Covanta Marion and processes 550 tons per day of municipal solid waste (MSW), which generates up to 13.1 megawatts of renewable energy sold to Portland General Electric. The facility was the first mass-burn waterwall resource recovery facility combusting MSW in the United States to use dry flue gas scrubbers and fabric filter baghouses to control acid gases and particulates. In addition to MSW, the facility processes about 250 tons-per-month of supplemental waste including non-hazardous medical waste.”

The above impersonal reply by Covanta also contradicts the information provided by Kristy Anderson, spokeswoman for the British Columbia Health Ministry, indicating that “health authorities [in British Columbia] have a contract with waste management firm Stericycle and send biomedical waste, such as fetal tissue… to the Oregon facility.“

Then, there is the statement by Bud Waterman, a former Covanta temp worker:

On more than one occasion, Waterman said the contents of the truck spilled out of their containers.

“It would make you sick, especially if you had to clean it up or have to pull a box off the trailer,” said Waterman.

Waterman said he believes certified contractors have been carrying fetuses from British Columbia to Oregon, where state statutes allow fetuses to be disposed.

Waterman said he believes fetuses have been incinerated at the Marion County facility for years and used for energy, a practice that the Canadian government will not do.

“They knew it, they had to. I don’t see how they could not know it,” said Waterman.

I have not received a reply yet from the Covanta offices in Shanghai, China.

This grotesque practice of using aborted babies to generate electricity has also been in existence in the United Kingdom.

And while Covanta claims that it is just simply “shocked!“– further investigations may eventually lead to other locations worldwide where this hellish activity may be taking place.

What’s in your electricity?

Please SHARE this important article with your family, friends and colleagues through the social networking buttons below– because THE TRUTH is contagious!

Any ads that appear below are automatically generated by WordPress and are not endorsed by this website.