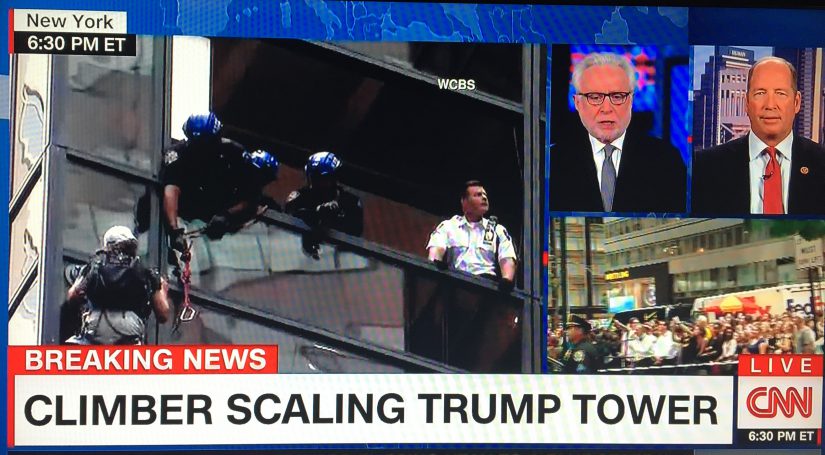 I thought Olympic Gold medalist Mike Phelps’ penchant for suction cup back massage was bad enough– until I saw a few moments ago this man climbing up the Trump Tower with giant suction cups. This absolutely insane and dangerous feat was preceded by a bizarre video of a young guy who appears to be an adolescent, announcing this climb.

My heart goes out to NYPD for having to put up with this insanity– as if they didn’t have enough to deal with already. Their expertise in grabbing this climber and saving his life was amazing. Had he fallen without the incredible equipment and support provided to him in the Trump Tower and on the ground, he would have killed himself and possibly others.

… and where is his family? What do they have to say about this young man?

… or is it all about catching a very rare Pokemon on the side of Trump Tower?

UPDATE: News reports indicate that the climber is 20 years old and will undergo mental evaluation.

[Featured image:  Young man standing near the press area at the RNC Convention with a home-made sign which reads “Socialism Sucks.” God bless this young man!

Day One of Convention

Mike Lee (R- Senator from Utah) has been speaking to CNN regarding a set of rules that have nothing to do with saving this nation– and more with getting Ted Cruz elected in 2020. It is also an embarrassing attempt at obstructing Trump’s victory, which he earned through the will and support of the people.

In my opinion, Ted Cruz should not be allowed to speak at this Republican Convention. He has not even endorsed Trump.

Pastor Mark Burns to the rescue!

Our country is falling apart with socialism, violence and division– and thankfully Pastor Mark Burns is saying a prayer trying to unify Americans… a unity which we need right now! 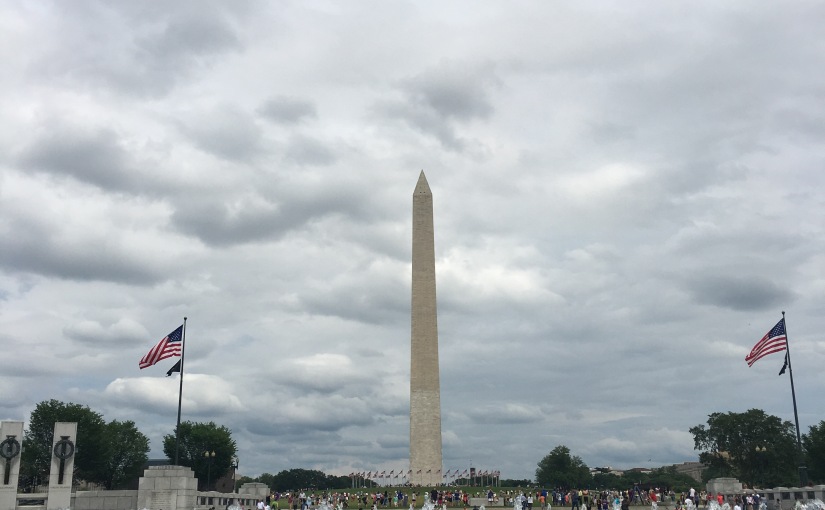 I wish all my readers and their loved ones a blessed and peaceful Memorial Day. I am in Washington DC, a great place to remember and honor our fallen heroes.

I must say that it is impressive to see the capital of our great nation filled with thousands of patriotic Americans, as well as foreigners, who are here to pay their respects for those who gave their lives so that we would not suffer oppression.  It is significant to note that this city is also filled today with thousands of Trump supporters everywhere– who also came to hear him speak in front of the Lincoln Memorial. Indeed, an unforgettable event.

May God bless the United States of America and the members of our extraordinary Armed Forces.

Be filled with faith and pride. The best days for our nation are yet to come!