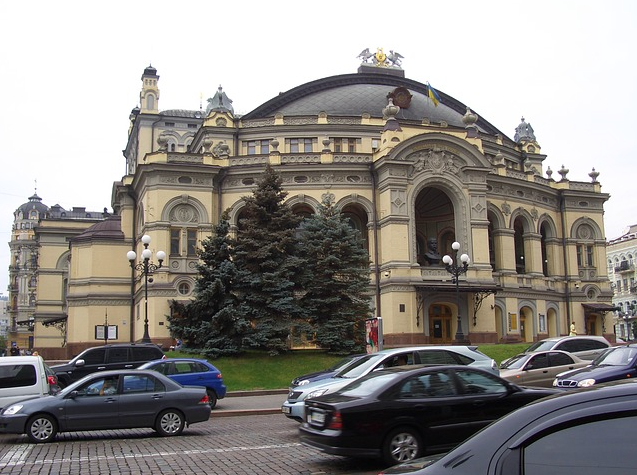 In my commentary titled Ukraine in the Key of G I covered the tragic reality of Ukraine’s future– and the fact that no matter which way it turns, it will have to choose between worse…. and worse.

Ukraine, which finds itself practically defenseless against Russian military intervention, gave up its nuclear arsenal on December 5, 1994 under the Budapest Memorandum on Security Assurances– a political agreement providing security promises to Ukraine, by its signators (Russia, the United States, United Kingdom, China and France– the latter gave weaker individual assurances in separate documents).

This memorandum led Ukraine to believe that it would have protection in case of threats or use of force against its territorial integrity or political independence. But it appears that the Budapest Memorandum has not done a bit of good for Ukraine– considering its loss of Crimea and the lack of strong and decisive action by the European Union and the United States concerning the Russian-backed separatist chaos in eastern Ukraine.

Vladimir Putin sees this weakness from the West as a window to assert his power and determination– and reportedly said “if I want to, I can take Kiev in two weeks.”  The recipient of this brutal message was José Manuel Barroso, President of the European Commission, according to the newspaper La Repubblica in Italy.

Meanwhile, Germany’s Chancellor, Angela Merkel, is described as being infuriata con Putin (furious with Putin)– but apparently not furious enough to take a strong stand against him.  She is not alone. The European Union is too afraid to rock the boat– given its strong economic ties with Russia.

By the way, Ben Judah, whose Twitter entry appears above as Scherba’s retweet, writes for OpenDemocracy– a website supported by the likes of the Ford Foundation and the Rockefeller Foundation– who are notorious for their support of population control.  If I were Scherba I would be retweeting and quoting someone else. Unfortunately, traditional values and vetting journalists are not priorities at this point for Ukrainian spokespersons, who are desperately seeking to draw attention to the Ukrainian crisis.

Ambassador Scherba laments how Ukraine is being punished for wanting to be part of the European Union, against Russia’s wishes– and how the EU is turning its back on Ukraine. Scherba has stated that the Ukrainian military forces are running out of weapons and are in need of aircraft.

Ukraine was afraid to be part of NATO under President Viktor Yanukovych– so as not to offend Russia’s sensitivities, when Yanukovych aspired to major economic benefits from Russia.

Now Ukraine wants to be a member of NATO– but NATO is not interested– particularly because extending the alliance into Eurasia is considered a geopolitical threat to the economic interests of the United States, the most powerful member.

It looks like the President of Ukraine, Petro Poroschenko, has accepted the fate of his country by not forcefully objecting to Vladimir Putin’s “cease fire regime” proposal. This puts Russia in control of the terms for eastern Ukraine.

How tragic. European socialism is at work– while Russian communism resurfaces through its expansionist agenda.

Will Ukraine ultimately choose neutrality during this “new” Cold War– as Austria and Finland did during the “old” Cold War?

Do you really think the Cold War ever ended?

… time to read Ukraine in the Key of G.

Any adds that appear below are ABSOLUTELY NOT endorsed by this website; however, please do read additional commentaries, which also appear below.