I wrote the following commentary shortly after my candidacy for the United States Senate (on the ballot 2012, Florida). It is important to revisit the facts laid out:

“Is America Fading into the Distance?”

This unknown soldier did not die– nor is this soldier standing guard for a globalist (socialist) cause. As such, I am grateful for the respect and support that President Donald J. Trump has shown for our veterans, as he fights to undo the damage caused by years of socialist policies.

I have had the privilege of visiting the tomb of the Unknown Soldier at Arlington Cemetery several times. During each visit the same thought crosses my mind: that the brave soldiers who gave up their lives, and the courageous veterans who have served to keep our nation free and safe, did not do so for a socialist cause.

… for your comments through my contact form and your insightful views on how to save our nation. Keep them coming!

As a survivor of Communism in Cuba, I am profoundly moved by the Founding Fathers of our nation, as they struggled to gain freedom from the British Empire. These great men, together with so many brave soldiers, inspired other nations to pursue their freedom as well. Alas, most of these nations, including our own, have abandoned the ways of God– and in doing so, are in a fast and tragic descent into a socialist abyss.

In spite of their imperfections, the Founding Fathers, and the actions they took, represent a moment of courage and brilliance in the history of humanity. While some modern historians, and others, choose to dissect their character and find faults in them, I choose to celebrate their actions, in allowing the hand of God to guide them. This humility, to submit themselves to God, aware of their weaknesses and shortcomings, is what made them great– and what eventually made this country great.

Tragically, the Founding Fathers’s dream of a great nation is deteriorating violently, through the implementation of socialism / globalism in our governmental and educational system, through lack of leadership– and a lack of willingness on the part of the American people to do what is right, according to the Commandments of God and the Natural Law– which binds all men, for all time and in all circumstances.

On this day, I pray to God from the bottom of my heart for this nation, which saved my life after the Communists tried to take it from me.

I pray that Americans open their eyes and understand, once and for all, that abortion is murder– and no law can change the truth that abortion is a heinous act against a helpless and innocent little human being.

That marriage is only between one man and one woman– and that this perfect and sublime union created by God cannot be reinterpreted.

That men and women are the result of a biological reality– not a consideration; as such, our biological rights, according to our Creator and the Natural Law, must be respected and protected.

That protecting our borders, stabilizing our society, protecting our cities from Islamic terrorism, as well as neighborhood violence and poverty– is the obligation of great leaders. Charity begins at home. If we are not a strong and stable nation, we will not be able to extend our charity to others.

The United States of America is in a dangerous state of moral and economic chaos. We can and must change this. Our future as Americans depends on saving this nation from the jaws of socialism — which is the mechanism behind the chaos that ails our government and institutions.

Last week, Great Britain declared its independence from the socialists at the EU through the Brexit vote, just like Americans declared their independence from the British Empire 240 years ago. History indeed repeats itself– and this time Americans should find inspiration in the Britons– through the courage and wisdom they have shown by taking their country back, and putting their future back in the hands of the British people, where it belongs– and not in the hands of socialist / globalist bureaucrats in the EU.

I urge you to rise with courage during these perilous moments of chaos and violence– and help this nation walk towards goodness, which can only take place if we walk towards God, whose grace will come upon us if we invoke His help and intercession.

May God forever bless the United States of America.

Not long ago I stood with my family at Arlington Cemetery in front of the tomb of the unknown soldier, where I took this photo. I thought of the brave soldiers who gave up their lives, and the courageous veterans who have served to keep our nation free and safe.

Today, Vice President Joe Biden stood on the same spot in honor of Veterans Day. But we should be asking an important question, while the current White House administration attends these ceremonies:

Is our government doing enough to protect our veterans? 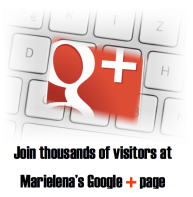 During the last few months it has been heartbreaking to hear how health care facilities that were established to serve veterans with their health care needs, have failed to do so. These are the fruits of a government system that values socialist “sustainability” measures– instead of valuing the protection of innocent human life.

NOTE: Any ads that appear below are automatically generated by WordPress and are not endorsed by this website.