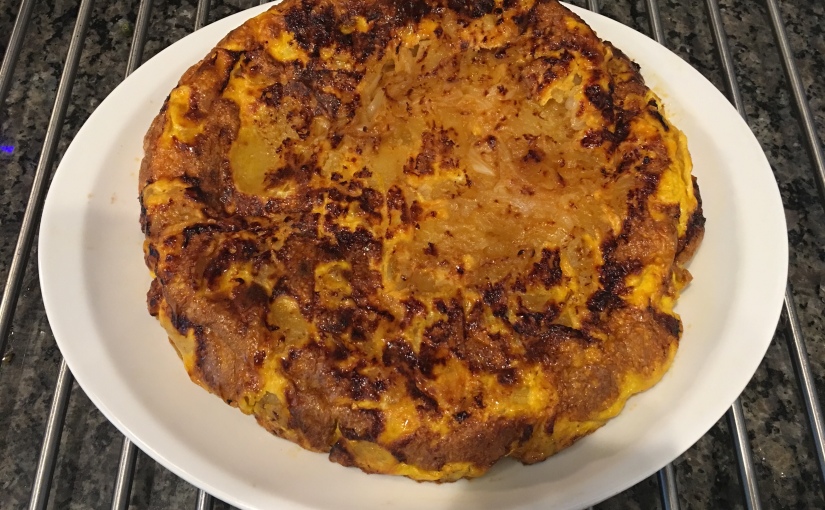 Just like onions and potatoes are inseparable in my Spanish tortilla, so are Catalonia and the rest of Spain! 🇪🇸

Puigdemont and his rogue team of separatists

Carles Puigdemont, as the President of the Government of Catalonia (Catalan: Generalitat de Catalunya), an autonomous regional government, should be held legally accountable– along with his rogue team of separatist politicians– for endangering the lives of thousands of people who took to the streets to protest and vote on an illegal referendum for the “independence” of Catalonia. This illegal referendum ignored the anti-independence wishes of over half the population in that region– a perfect example of socialist “democracy” by “consensus”– which means that a minority decides what’s good for the majority of us!

But let’s go back to the protests…

These “independence” protests, which on the surface appear to be spontaneous– are far from it.

These socialist-style “peaceful” protests are always orchestrated to challenge authority, while taking advantage of liberal media coverage, knowing full well that the mainstream media always paints law enforcement in a bad light. This manipulation of people’s emotions may work well for the socialist and or naive viewer– but it is an insult to the intelligence of millions of people who cannot be fooled, and who respect the rule of law.

Fortunately, hundreds of thousands of Catalans against illegal “independence” took to the streets on Sunday to show enormous support for law enforcement officers sent by the federal government in Madrid, and marched proudly– as they wrapped themselves in the flag of Spain.

Puigdemont should also be held legally responsible for the thousands of jobs lost across Catalonia, as corporation after corporation left the region, in order to avoid the political and economic nightmare created by the separatists. Frankly, I don’t know if these corporations will ever or should come back, with Puigdemont and his ilk in charge!

Catalonia is a region in Spain which enjoys an autonomy never seen before in the Spanish territory. During the last 40 years Catalans have enjoyed incredible freedom and benefits under a Spanish constitution– which the people of Catalonia overwhelmingly approved. So, this business of “independence” is simply a socialist-separatist ploy to advance a “social justice” agenda, which has little to do with language and culture. And if you don’t know the danger of a “social justice” agenda– all you need to do is look at the poster child of “social justice”– Cuba!

Which leads me to the next point…

Don’t you find it interesting (and revolting) that while Puigdemont and his rogue team of social justice warriors claim “freedom, justice and independence” for Catalonia– they are HUGE supporters of the Communist brutal dictatorship in Cuba?

Puigdemont’s speech on October 10: “An exercise in cynicism”

Puigdemont’s speech today before the Catalan (Regional) Parliament was not just an embarrassment– it was a string of empty words and lies to the people of Catalonia and to the people of Spain– and to anybody else who wasted their time watching and listening to him, including this writer. In the words of Ignasi Guardans, a Catalan lawyer and former MEP, Puigdemont’s speech was an “exercise in cynicism.”

Puigdemont, who declared today that Catalonia is “independent” (but in a back-burner-sort-of-way)– also wants to “dialogue.” There’s only one problem: there’s no one to dialogue with– because no one is interested.

So, it’s time for the Spanish government to apply Article 155 of the Spanish Constitution, before the rogue “government” of Catalonia destroys the region, by continuing to put its citizens in harms way— along with their political and economic institutions.