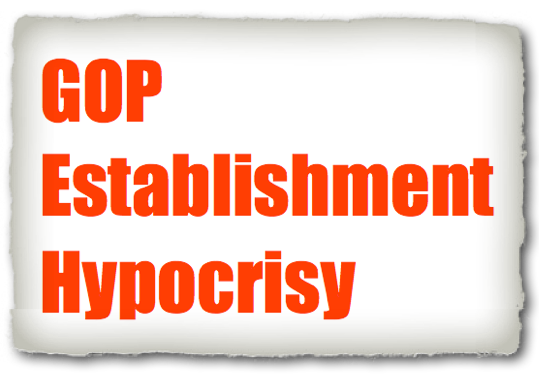 Thank you for your enthusiastic support of this popular commentary. Please continue to SHARE  it… because the truth is contagious!

Iam against all violence inflicted upon innocent human beings. As such, I find it extremely hypocritical when public officials and others show indignation about the practice of waterboarding terrorists during interrogation sessions– yet, they do not object to the inhumane treatment and terror inflicted on an innocent and helpless baby during an abortion procedure.

Two of these hypocrites reside inside the Republican Party– and they are Paul Ryan and Mitt Romney– whom Lou Dobbs referred to as “the twosome from Hell” on his March 3 commentary:

On Thursday March 3, Romney unleashed an attack against Donald Trump– the leading candidate in the Republican race for the White House– and had the nerve to say that Trump would be guilty of “high crimes and misdemeanors” if he ordered that terrorists undergo waterboarding and other enhanced interrogation techniques.

Interestingly, here’s an excerpt from a Reuter’s report regarding Mitt Romney’s 2012 presidential campaign (with Paul Ryan as his VP) and the subject of waterboarding, as well as “enhanced interrogation techniques” (“Would Romney bring back torture?” by Daphne Eviatar, October 15, 2012):

Yet Romney’s foreign policy advisers have written a private memo  recommending that the U.S. resume “enhanced interrogation techniques,” according to The New York Times. What these GOP advisers are saying is the U.S. should return to what former Vice President Dick Cheney called “the dark side” — using torture to interrogate suspected terrorists.

Cheney still defends his support of techniques such as  waterboarding, painful stress positions, extreme sleep deprivation, slamming detainees into a wall, sexual humiliation and mortal threats. So does his daughter, Liz Cheney — now a Romney adviser.

The Romney memo recommends that, if he wins, he should explicitly authorize use of “enhanced interrogation techniques,” which the Army Field Manual does not permit.

The Romney advisers’ memo doesn’t even present that strong a case for this policy.  “It is difficult to argue conclusively,” the memo states, “that enhanced interrogation techniques would have generated more information than the techniques in the Army Field Manual.”

The corrupt and hypocritical GOP establishment operatives are out in force. True conservative Americans must stop them at the ballot box.

Don’t miss The Greatest Show on Earth: The Ringmaster and the 2016 Race for the White House

Would Romney bring back torture?