A historic and decisive speech– but one urgent matter was missing.

I am presenting an audio recording of Donald J. Trump’s speech at the Republican National Convention last night, where he accepted the Republican presidential nomination. His daughter Ivanka delivered a heartfelt speech, then introduced him and welcomed him on stage.

Donald J. Trump promises to be in our corner, to be our voice– and to make America great again.

Trump delivered his nomination acceptance speech at the Republican National Convention moments after his daughter Ivanka introduced him, having delivered her own top-notch speech in his support.

Trump addressed Americans and the world–by promising a concrete plan to rebuild this nation, from within and without.

Donald J. Trump’s secret for success has been team work. Trump reasserted this approach for the unification of Americans, in order to help save this nation from the chokehold of socialism. As such, he laid out a plan to control illegal immigration, to enforce law and order, to stop terror at home and abroad by annihilating ISIS, and by making America the leader of the world through sound policies that benefit ALL Americans– not just some Americans.

But one urgent matter was missing…

With this sense of justice in mind, it is my hope that Trump will seek guidance from authentic pro-life experts in the medical and religious community who can guide him in the urgent defense of the unborn– a matter which was completely missing from his speech tonight.

In terms of the defense of human life, Trump denounced the violence in our cities and towns, the killings of our police officers and the Islamic terrorist attacks.

Trump also made a point of strongly denouncing the horrific massacre in Orlando, which was committed by a homosexual Islamist terrorist at a homosexual club– where 49 young persons lost their lives during the early morning hours of June 12.

But these are not the only examples of violent deaths throughout our country– or in the Orlando area. Pursuant to public information available from the State of Florida, during the last six months 2,212 innocent and helpless human lives were lost through abortion in Orange County alone, which is the county where Orlando is located  (Agency for Health Care Administration – Reported Induced Terminations of Pregnancy (ITOP) 2016 Year to Date).

Since Roe vs. Wade the death of Americans through abortion exceeds the population of Great Britain. That’s over 65 million Americans who are missing! I weep at the thought of the potential and greatness we have lost.

I have been on Donald Trump’s side from the moment he announced, and he WILL have my vote in November— even though I feel that his weakest areas are the urgent need for the defense of the unborn and the need to maintain a strict policy towards Cuba. However, I have never doubted Trump’s ability to lead our nation, in terms of national security, as well as militarily and economically.  But we will not be able to advance all of these goals if we are morally weak and unwilling to protect the purest and most defenseless amongst us.

I continue to pray for Mr. Trump and his family and ask that God will guide and protect him– and give him the wisdom to always do what is right.  He can help save this country if he stands on the side of the angels. I am confident that he will– if he surrounds himself with virtuous people who can help him understand and defend the value of innocent human life, without exceptions.

The tiniest and most vulnerable members of our community, our little brothers and sisters at risk of being murdered through abortion– desperately need Donald J. Trump on their side too— and to be their voice. 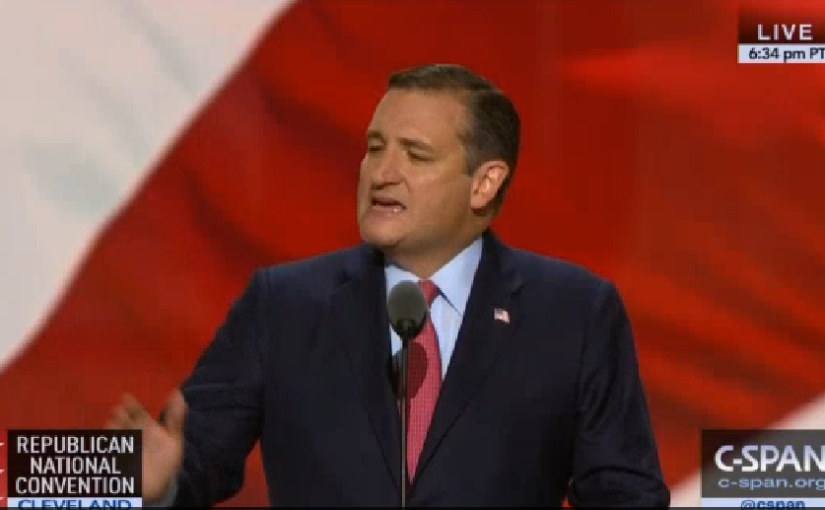 Ted Cruz is a disgrace

Ted Cruz has just made a complete fool of himself and was booed off the stage at the Republican National Convention after delivering an extremely arrogant and disrespectful speech, not just refusing to endorse Donald J. Trump– but actually instructing the audience to vote their “conscience” — as if they had not already.

Mr. Cruz, who I will no longer refer to as Senator, was given the privilege of speaking at this historic Republican Convention during a painful and perilous time in our nation’s history. The opportunity granted to him to speak tonight was the result of the graciousness and generosity of Donald Trump and his family.

Ted Cruz’s ridiculous and absolutely shameful performance has reconfirmed  the fact that Mr. Cruz is nothing but a narcissistic buffoon– unworthy of our taxpayer money going to his paycheck at the U.S. Senate. 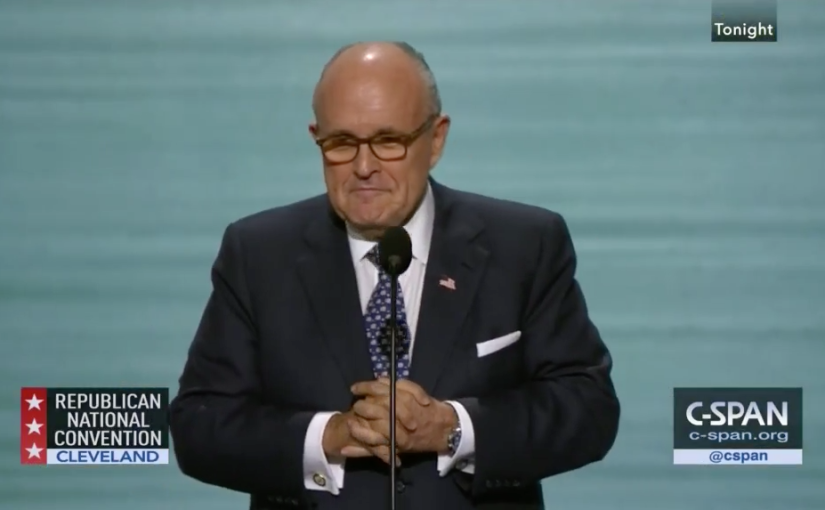 Rudy Giuliani, former Mayor of New York City, brought the house down last night during his heartfelt and timely speech at the Republican National Convention.

Please take a few minutes to observe and listen carefully to this historic presentation, with special consideration of the painful experiences we are living through in these divisive, violent and chaotic times:

Rudy Giuliani’s Speech at the Republican National Convention on July 18, 2016 in Cleveland, Ohio